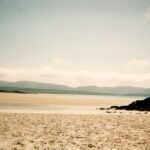 Something I wrote a really long time ago

Proposition: if, by some quirk of fate, I was teaching an English course, what book would I add to the reading list? Finding an answer to that was much easier than I first thought , for I would chose, without a doubt The House at Pooh Corner by A. A. Milne. With its stories of Pooh, Piglet, Rabbit, Eeyour, Christopher Robin, and the other inhabitants of the Hundred-Acre Wood, the book combines the imaginary world of a child’s fancy with undercurrents of adult wit. Not only do Pooh and his friends present a very imaginative view point into the child’s world, but they continue with many of the same ideas about childhood that other works in this course develop.

The child’s world in question is that of Christopher Robin, yet the stories are not about him, but about his troop of animal friends. These animals, who are Christopher Robin’s playmates and toys, also lead quite lives in their own little world of his imagination. Just like in Alice, the line between the real world and a dream world is blurred, but unlike Alice the animal characters of Christopher Robin do not abuse him or act unkindly towards him. Pooh and the troop love Christopher Robin dearly, and thus share a common bond which keeps their world unified. Alice’s world is disjointed with individual characters interacting with one another in a scene or two, but in the world of Pooh the animals are a family in more than just the sense of Kanga taking care of Roo, and Tigger too–Pooh and Piglet build Eeyore a house, Rabbit organizes a search for Small, and Pooh tries to rescue Eeyore from the stream. This kind of togetherness is never present among the characters of the Alice books.

Although Christopher Robin is the focus of the world of Pooh, this does not mean he is always present. Much of the action in the stories takes place without him, yet he serves almost as a parent to his toys. Beth in Little Women behaved in the same manner to her dolls, yet Christopher Robin’s toys are not the tattered and ragged hand-me-downs that Beth plays with. Beth’s toys, especially Joanna, need constant care, but Pooh and the others are self-sufficient beings who live outside in their own homes. Instead of acting as nursemaid, Christopher Robin, much like Marmee is a source of advice and wisdom.

Yet his wisdom is still that of a little boy. This means that much of the stories are on a little boy’s level. Each chapter or story has a small moral or simple idea about life, where each character then shows us an aspect of life. Eeyore is the doubting pessimist, Rabbit the busy-body, Piglet the faint of heart, Kanga a true mother, and Tigger a self-centered joiner to the end. But what about the most important member Pooh? Pooh is eternal innocence.

Simply by being himself, Pooh, like Oliver Twist, is innocent, yet unlike Oliver Twist he has a definite personality. Pooh is not wimpy or presumptuously good, for, on the contrary, Pooh is capable of getting himself into mischief, yet this mischief is usually brought about simply because Pooh has attempted to do something to help someone, like when he builds a house for Eeyour or tries to get Eeyore out of the stream. Oliver, on the other hand, never really helps anyone. He wants to scream when Sikes uses him to break into the Maylie’s, but does he scream? Oliver wants to do something when the Dodger and Charley steal Mr. Brownlow’s wallet, but does he? Pooh may be a Bear of Little Brain, but he always does what needs to be done when the circumstances call for action. This is why I do not believe Oliver is truly innocent. Because he is incapable of action, or rather acts as a simple pawn, he never exists as a realistic character. Oliver’s innocence is thus, another non-existent pawn. Both were created by Dickens to highlight various problems in that society.

The House at Pooh Corner does not try to discuss any timely issues, but simply shows how real people often behave and view the world. Eeyore is eternally pessimistic, yet Pooh never notices. Rabbit and Owl, who think they are gifted with wonderful powers of thought, are really no smarter than our Bear of Little Brain. Kanga, in her motherly way is probably the only member who comes closest to Pooh in terms of simple wisdom. Wisdom that comes from keeping life simple. This wisdom is what makes Pooh unique. Piglet and Christopher Robin are the only two who realize this fact, so while Piglet admires Pooh’s ease and kindness, Christopher Robin seeks comfort from his innocent bear.

This idea of innocence and knowledge is heavily pondered by Blake in his Song’s of Innocence and Experience, and this idea plays heavily into the world of Pooh. It is important to note that Pooh’s wisdom does not cause him to lose his innocence, for wisdom is not knowledge. None of the troop members really has any knowledge. For instance, Rabbit over-thinks in his zealousness and Owl’s facts are scattered. This helps maintain the innocence of the Christopher Robin’s world.

But this innocence is some how fragmented at the end of the novel, for the knowledge that Christopher Robin will be leaving is understood by everyone–everyone that is except for Pooh. Doing Nothing, as Christopher Robin calls it, is no longer allowed, and Christopher Robin is growing up and away from his imaginary world. The knowledge of this is unspoken yet every character feels it and is saddened, but Pooh remains untouched, and thus, innocent.

This graceful acceptance of growing up at such a young age is something none of the other works show. Huckleberry Finn is set against being civilized. Peter Pan simply rebels against the whole idea of growing up, while Wendy, awakened by un-child-like hormones, decides to go home and grow up. Alice simply decides dreams are nice things, but she is content to stay a child, and the girls of Little Women have already begun the steps to adulthood. No other novel read show this moment of acceptance, for the final chapter of The House At Pooh Corner gives a simple portrayal of a child who know he must grow up. Yet, by maintaining his belief in his innocent friend, he will be able to keep a part of his childhood.

His childhood world of imagination will not come to an end, for although he is leaving it, he can return to it in his memories. As Pooh and the members of the troop entertain us with their personalities and activities, childhood can live on. These stuffed animals, who have come alive in an imaginary world of fancy, often show the best of the child’s imagination, as opposed to the many works that show the child as an abused or underprivileged member of society. Christopher Robin’s imaginary world is more hospitable than any other discussed in the course, for his Pooh is living innocence existing simply and kindly, but for some strange reason he will always be remembered as a Silly Old Bear.

Notice a typo or other issue? Feel free to let me know.