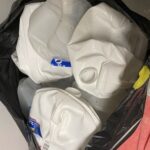 After arriving in Ohio, I spent a month cleaning (and organizing) my parents’ basement and attic. It was one of those things that for years they had said they wanted to get tackle, but they didn’t have the energy to plow through. While it was a very daunting project, I started small. First I organized the kitchen and dining area — mainly helping my mom go through the pantry and such. As a bonus I cleaned their windows. Then I went up into the storage space above the garage and brought down everything my mother said should go. That was a ton of work as the folding ladder thing up into that space is not the sturdiest.

The bulk of the work was in their very large basement — which consists of five large rooms. When I started there was just a path from the staircase, through one of those rooms into the laundry room and just enough space to walk to the storage shelves that hold surplus food and cleaning supplies and to the laundry machines. The rest of the space in those two rooms as well as the other three was filled with stuff. It really was like an episode of the TV show “Hoarders”.

The biggest issue, or source of “stuff” was my father’s habit of tossing things into file boxes, carting the box downstairs and then forgetting about the boxes. I went through close to a hundred of them. Many were barely full with just a few random newspapers or magazines and some junk mail. Other has important papers like tax documents or such. Compounding the issue was that a lot of items from both my grandparents’ homes had been put down there and never dealt with — things like boxes of photo books, small bits of furniture and yet more file boxes of papers.

Like I said, I started small and worked room by room trying to then organize each room in small sections. Many trips up the steps from their basement into the garage were made as I took up load after load of small stuff. I gave away a few things I knew people could use and then, once I had things well in hand, I hired a recycle/junk service that arrived and moved the pile off the garage floor and into their truck. Plus they took some of the “big stuff,” as my mother and I finally convinced my father to part with the three moldy couches that were older than I am plus two naugahyde chairs that also predated my birth. 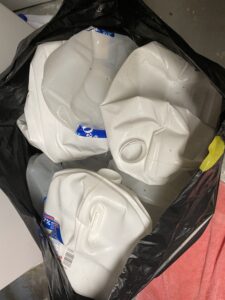 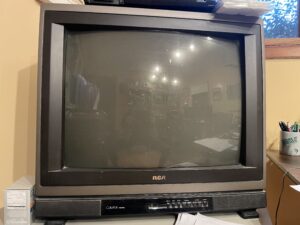 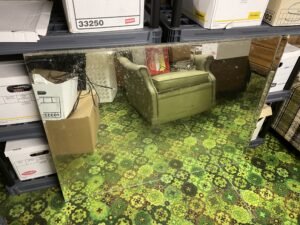 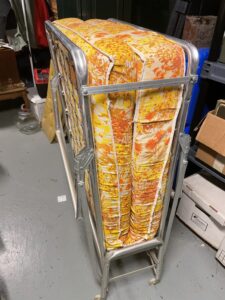 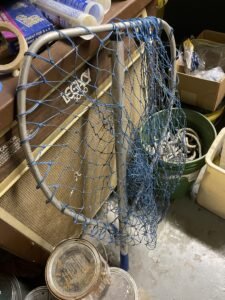 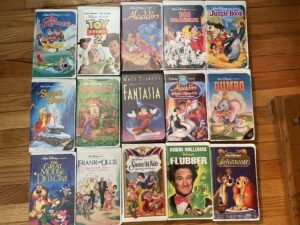 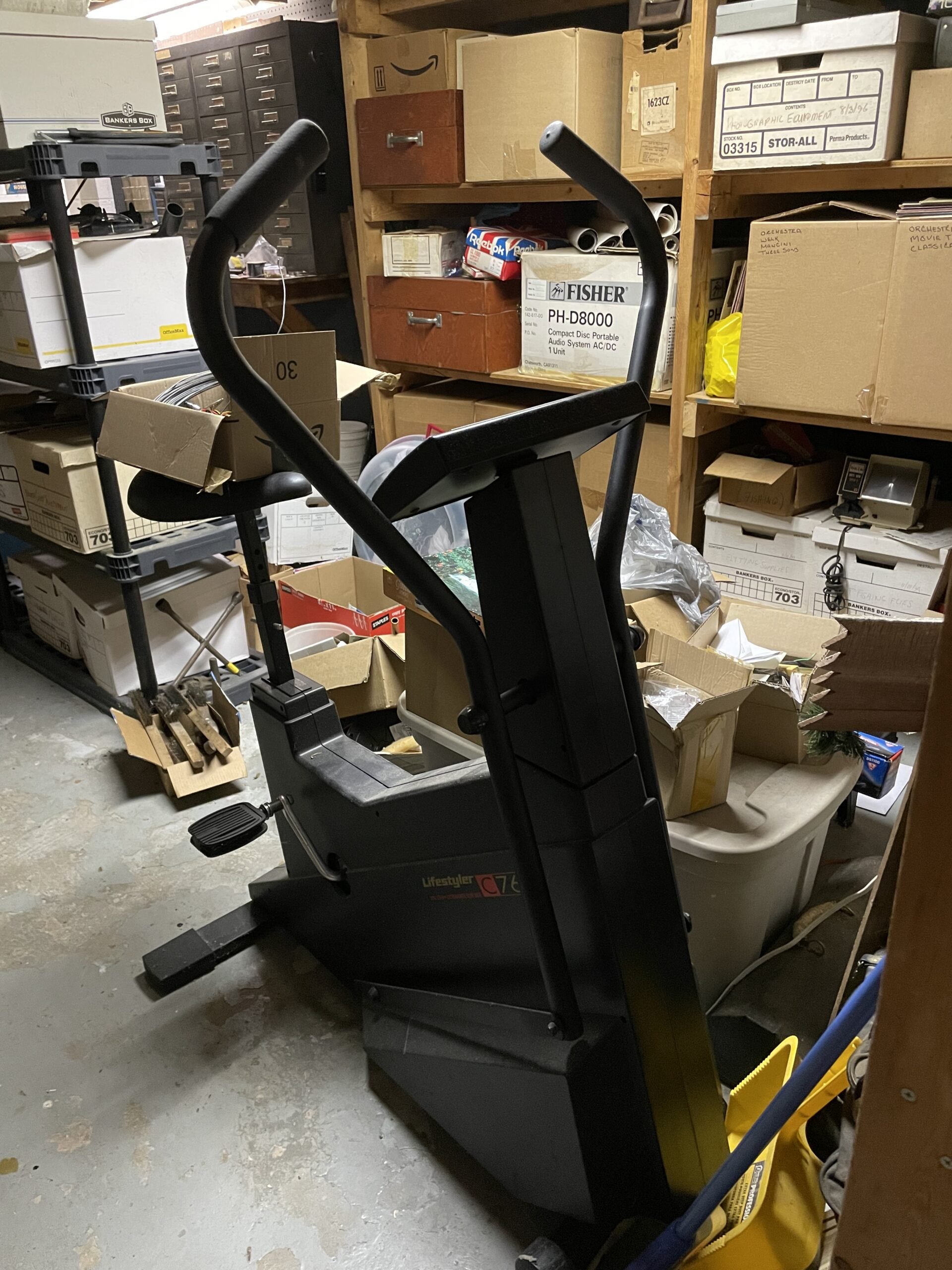 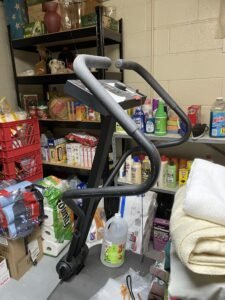 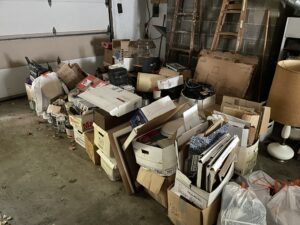 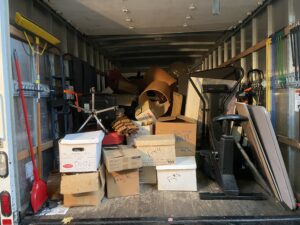 A small pile of items, like some old coffee tables, lamps, and the desk that matches the bedroom set in the guest room here at Purgatory was compiled during this time, and I made arrangements for a moving company to ship it out to me. 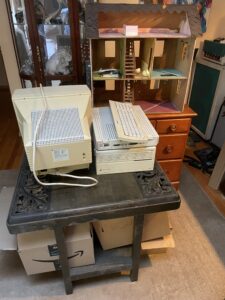 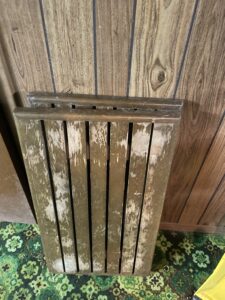 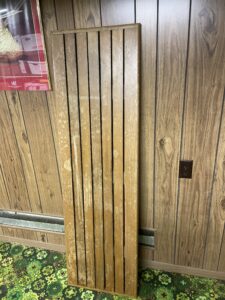 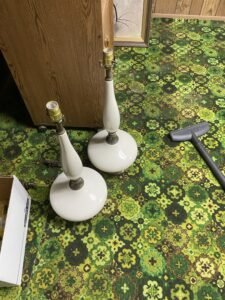 Plus I did a few good deeds. When I came across the shards of one of my mother’s favorite bowls. Apparently my father broke it in 2015, kept the shards and even went out and bought some epoxy to try to repair it, but just like all those file boxes, it got taken down into the basement and forgotten about. Enter my searching skills and eBay and she now has not one, but two unbroken bowls. 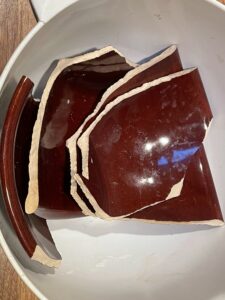 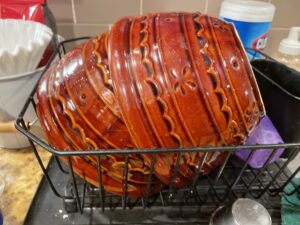 Finally here’s a before and almost after shot of one of the rooms. Really the before shot was taken mid-organizing, as when I started you could barely move through the space and some of the furniture was already moved out, but you can see the three couches and chairs made from the hides of many naugas. 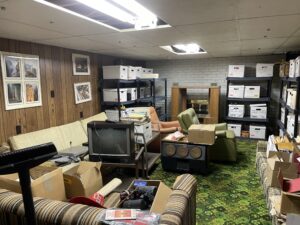 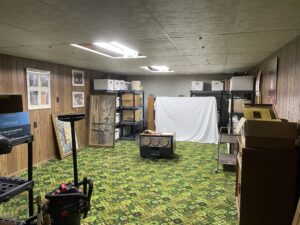 My time wasn’t spent just cleaning and tidying. I managed to get in some walks and I swam almost every day at a local health club near my parents’ house. 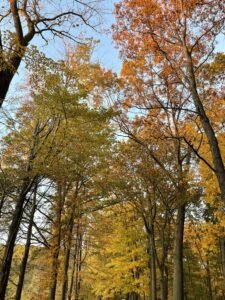 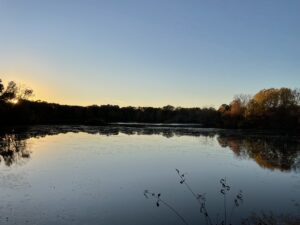 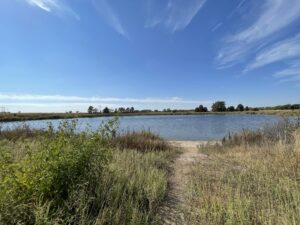 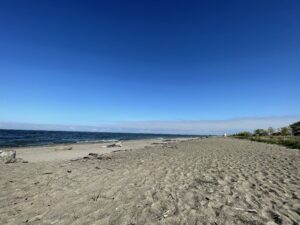 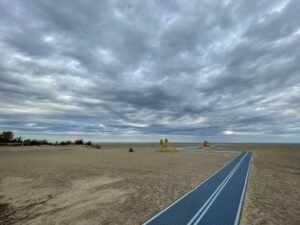 After over a month though it was finally time to start homeward….